There's also plenty to do for non-divers. Some of us did a tour inland: 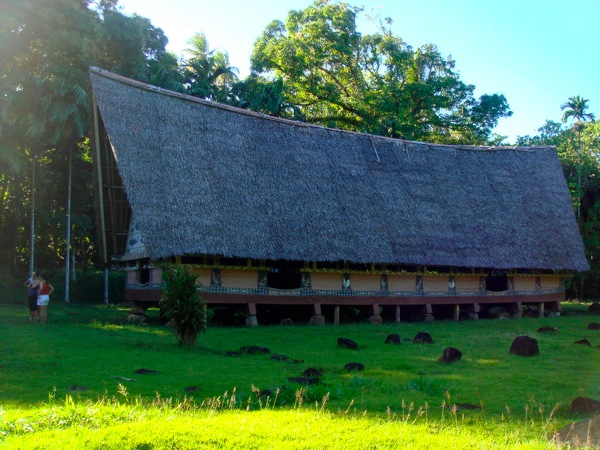 A traditional men's house. Here's the front of it: 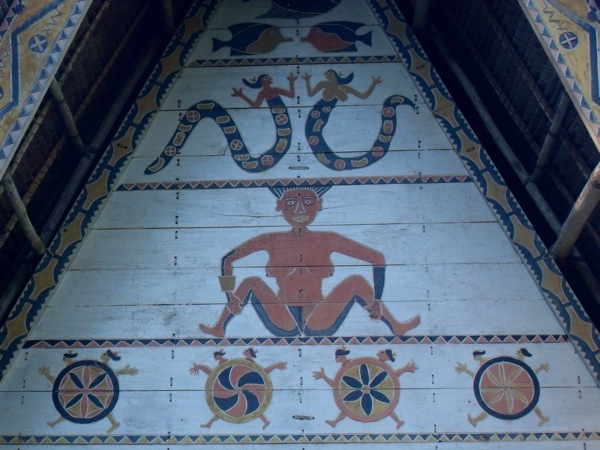 Looks like they're mostly discussing seafood. Or so. (Incidentally, Palau has traditionally been a matrilineal society. 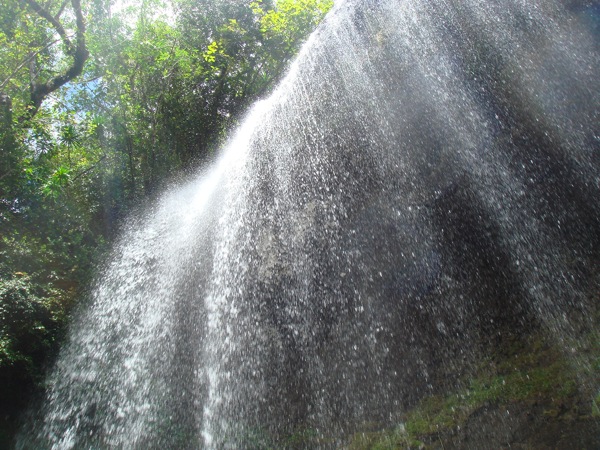 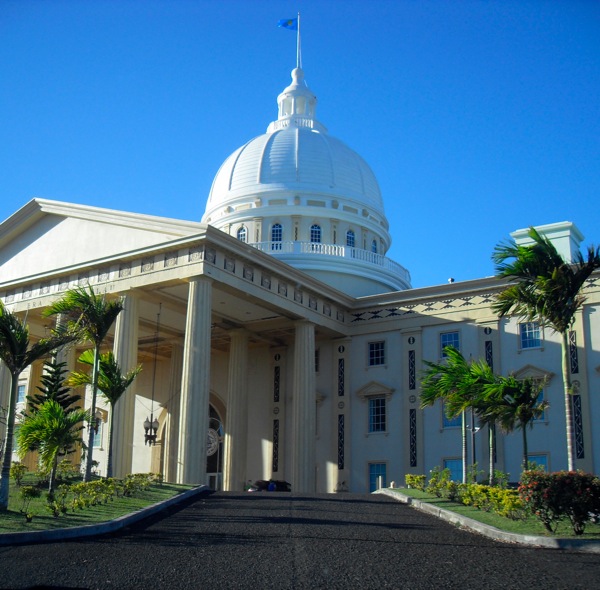 The new Capitol building in the capital, "Melekeok", on the charmingly named largest island of Palau: Babeldaob. The whole country has just a bit over 20 000 inhabitants, and an area of 450 km^2, which is less than half that of Hong Kong (including Kowloon and New Territories - HK island itself is just 80 km^2).

Palau was briefly a German colony from 1899 to 1914 (as part of Deutsch-Neuguinea). (Note: Qingdao on the Chinese coast was a German colony during pretty much the same time, and still has the biggest brewery (Tsingtao) in China… ). Anyways, then it came under Japanese control, then during WW II under American, later UN control, and became independent 1994. 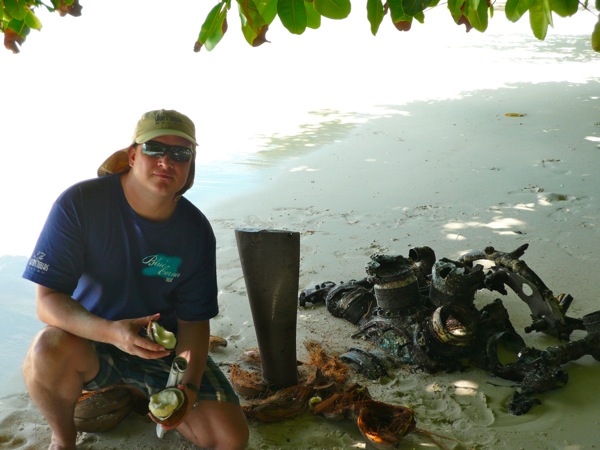 This is a Japanese plane wreck from World War II on the beach (visible are the upper part of the propeller and the radial engine). I used the propeller to crack open a coconut. Not easy. 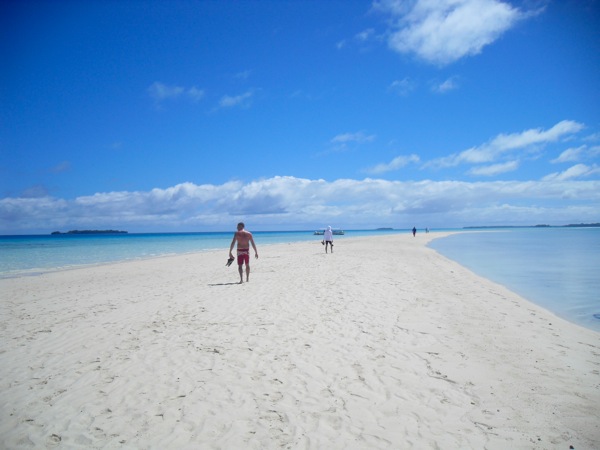 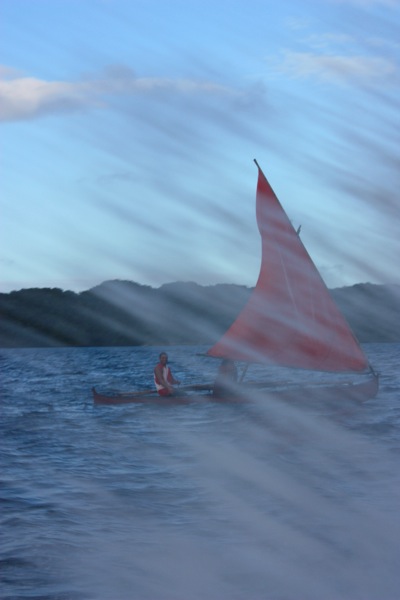 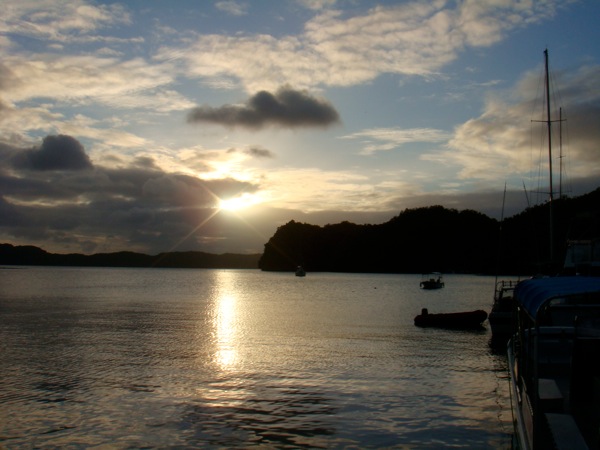 Sunset. That was Palau: Land.