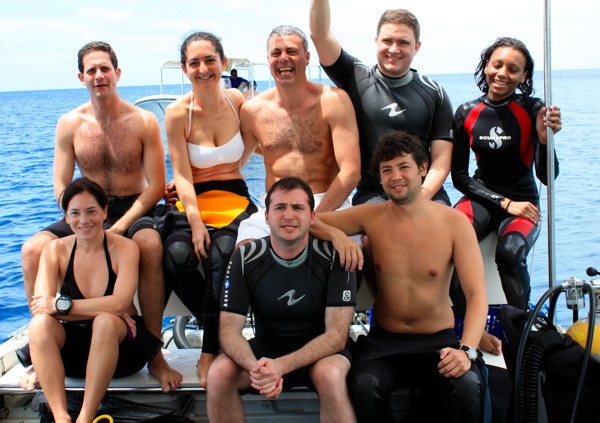 Palau is a marvelous group of islands in the North Pacific, between the Philippines and Guam. The diving is outstanding, and the natural beauty of the place just adds to the experience. Here are just some of the things we saw: 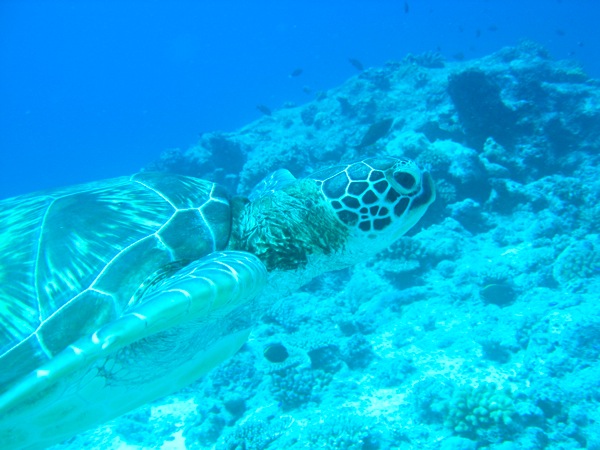 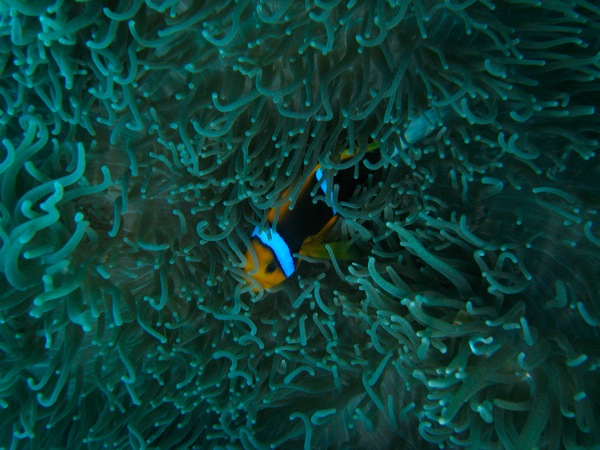 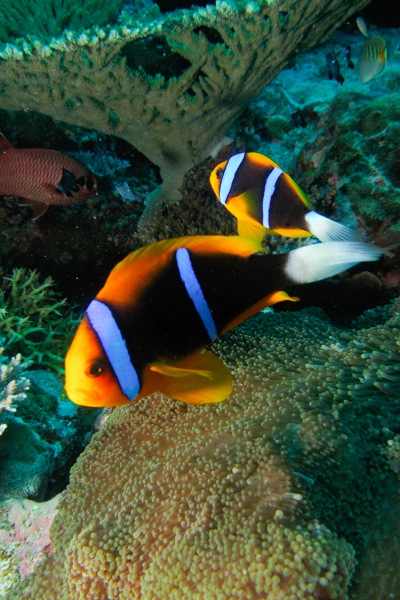 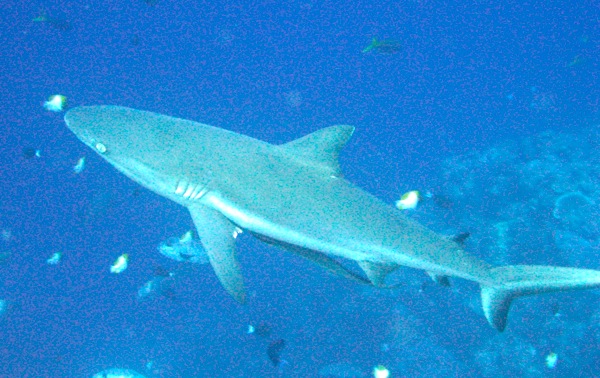 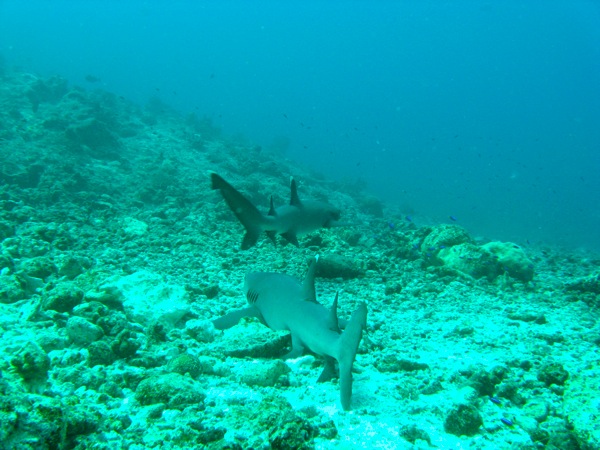 Sharks (reef and white tip, I believe). We did a couple of drift dives (i.e., with fairly strong current, where the boat drops you at one end, you just control your buoyancy and let yourself float, and then the boat picks you up at the other end) - one glides over this alien landscape like superman. Very entertaining.

And then, for the sharks, we used reef hooks: a rope that you clip into your dive gear (the BCD) on one end, and hook into the reef on the other end. Then, one just hangs in there while the current flows past. We did this at a drop, where the current came from the deep, and presumably brought up lots of tasty fish food, so lots of fish were there, and that in turn attracts sharks. So, we were just floating there, mesmerized, watching sharks swimming back and forth like on a massive IMAX 3D screen, except that it was even better, because it was in fact real just in front of our eyes. In 3D. Awesome. 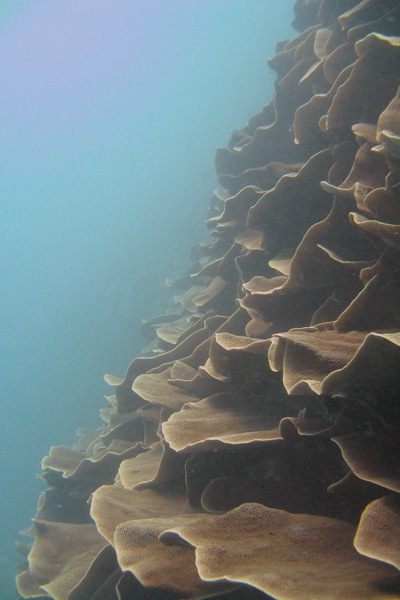 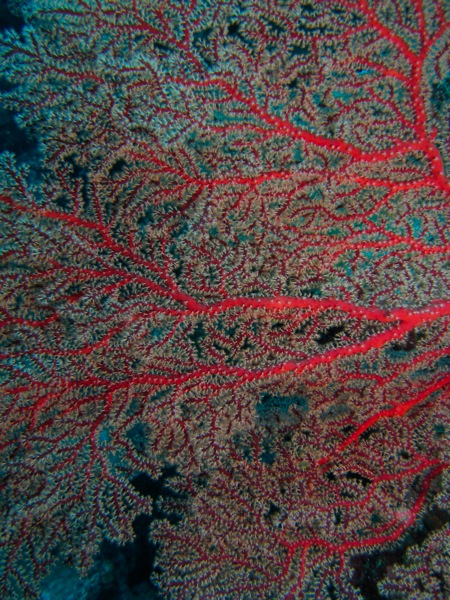 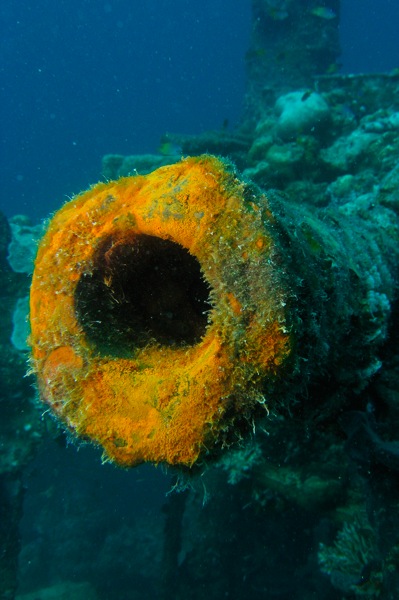 There is also some wreck diving. Here's a gun, somewhere else we saw some old bottles of rum (or so, the label wasn't legible…) 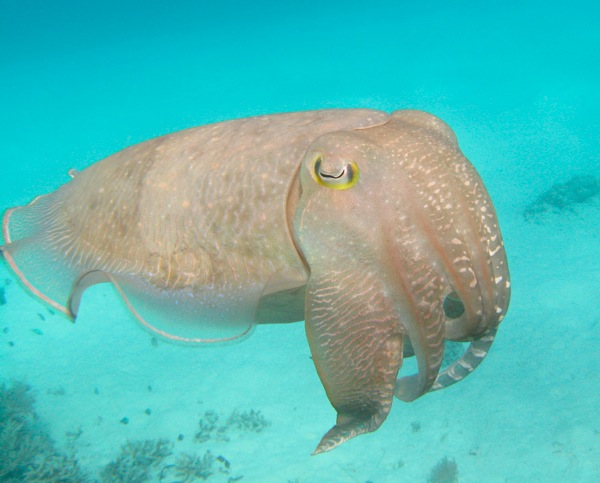 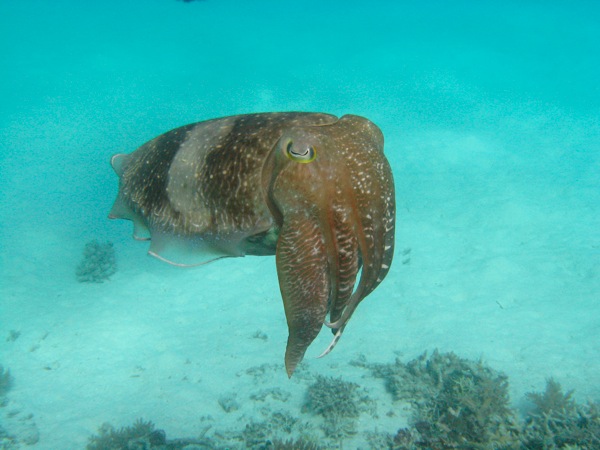 Cuttlefish. It does change colours. 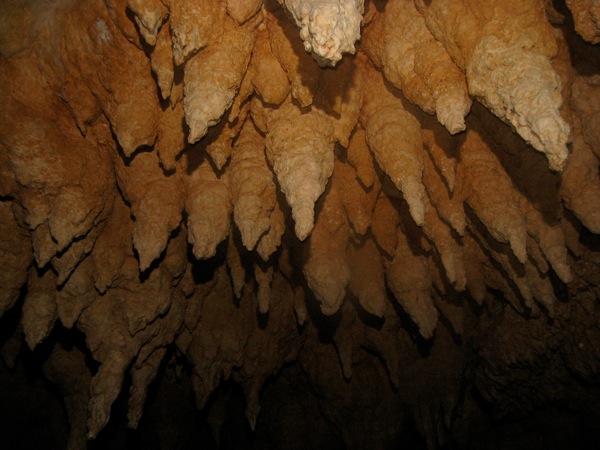 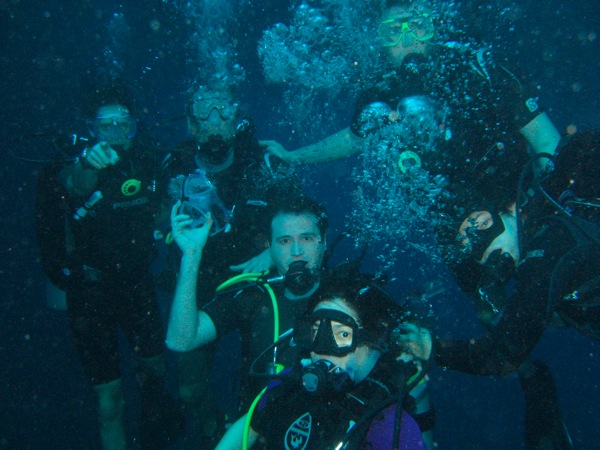 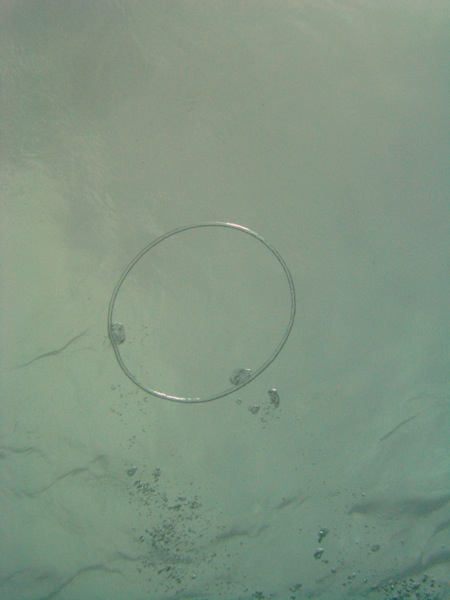 Air bubble rings, or whatever you call them. 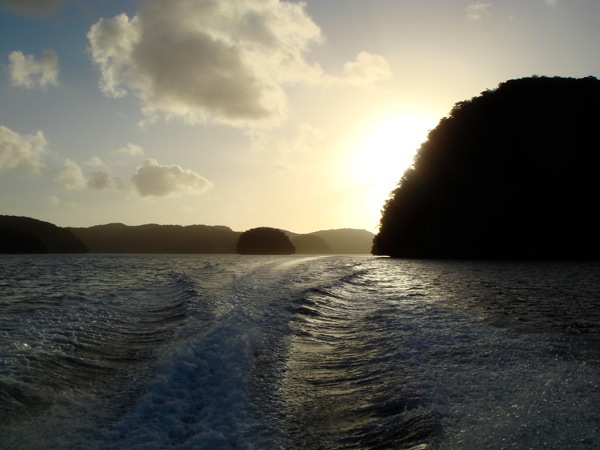 Awesome sunsets on the way back from the dive sites. That was Palau under and on the water.