License in Jo'burg, sightseeing with Caroline and Stefan: FATP-FAGC

Stefan and I flew to FAGC (Grand Central Airport, Johannesburg) to submit my application for the private pilot license to the CAA (the South African Civial Aviation Authority). Half an hour later I had it.

In the afternoon we met Caroline and Stefan, old friends of my family (they used to live in Ethiopia, but are now based in Pretoria). We went for a short sightseeing flight north of Grand Central.

My first flight as PIC (pilot in command) in South Africa. 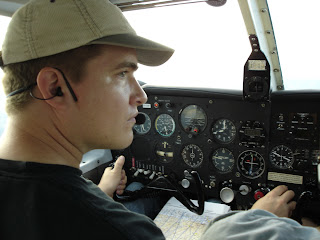 Roodeplaat Dam (note that in South Africa a lake is called a "dam", while a dam is a "wall". I don't know what they call a wall.) 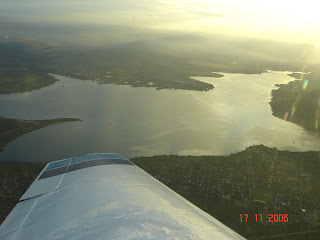 Then Stefan and I were stuck here for 3 days due to bad weather...
« Prev - Practical test FATP-FAJK-FAKM-FATP Flying the Jabiru J400 (FATP) - Next »