Today Stefan checked me out in the Jabiru 400 that I was planning to take on my long cross country trip (can't take the Mooney for insurance reasons, you need 50h in a complex plane). I didn't quite like the Jabiru - it is wide and comfortable, but the controls are located differently than in a Cessna. There is a central stick that you control with your right hand as PIC, the throttle is below the seat between your legs, the brake is a lever on the center console (no differential braking). It feels weird, and it is not trivial to both steer and brake simultaneously.
The controls are very direct, but do not give pressure feedback as in the Cessna or Diamond, so you don't notice easily that you reach the margin of the flight envelope. Lastly, the approach is flown very fast, and if you cut back the engine, this thing sinks like a brick (nearly 1000 fpm). Not quite my cup of tea!

I was prepared to go with it after some more training, but then it turned out that it didn't have enough hours left before the next MPI (mandatory periodical inspection, 50hr inspection). Then there were some problems with the magneto. Then I wanted to start the engine, and the key broke off. Then I did a run-up, and the fuel was spilling from the wing. I checked, it was normal (overfull). Then I did another run-up, and the engine quit on the left magneto. So, I called it a day, and decided to go with a Cessna rather than this Jabiru...

This is the Jabiru. It has serial number 5.


A Robinson R44 helicopter. Lots of helicopter flying and training in South Africa, a lot of it for gaming and hunting. 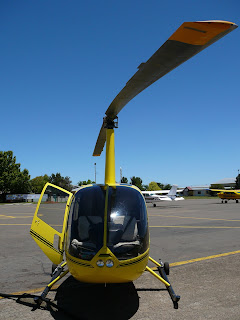 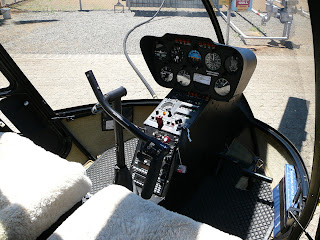 « Prev - License in Jo'burg, sightseeing with Caroline and Stefan: FATP-FAGC Thunder and lightning in FAGY - Next »