Here's the main gate of the Changgyeonggung 창경궁 royal palace, one of the "Five Grand Palaces" of the Joseon Dynasty. When the Japanese occupied Korea during the world wars, they rather cheekily turned this whole royal palace and gardens into a zoo. 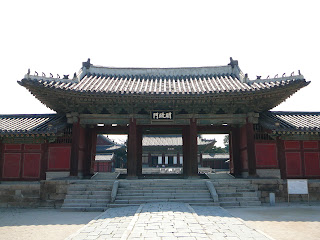 A view from the queen's quarters: 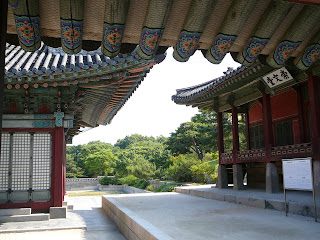 And from above (it's really pretty!): 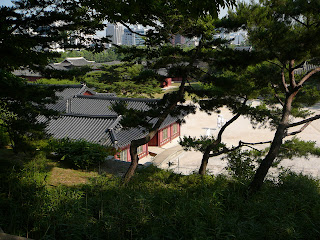 Now, here's an astronomical observatorium. It is not quite clear to me how being elevated by about 2 meters contributes to clearer observation of the skies (smog?), but so be it. 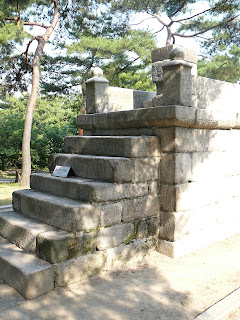 This now is the Jongmyo Shrine 종묘, part of Korean's UNESCO world heritage. 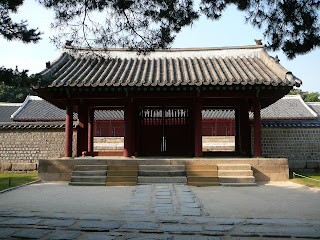 The buildings are quite stern and elegant; lamentably one cannot enter. 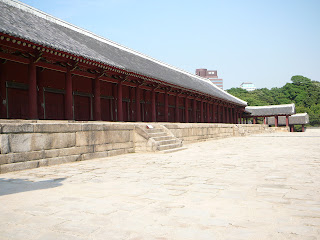 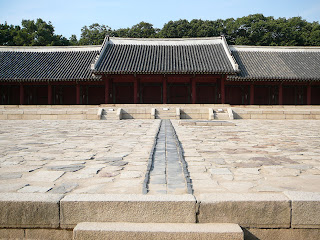 Outside, people are playing some version of Draughts (Checkers) (the English version of which, incidentally, has recently been weakly solved). 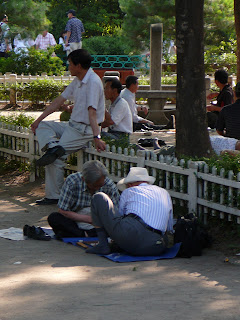