When I searched online for information on obtaining a landing permit and clearance for Namibia, I found this report about a few people flying through Namibia, Botswana and Zambia a year ago. So, I emailed them with questions. Turns out that most of them were German, one of them (Ecki) is living on a farm in Olifantwater, Namibia, some 100 nautical miles south-east of Windhoek, and another one, Ralph, was there on holiday just now with his rented plane (a Cessna 182). Ecki had only recently built a runway on this farm, and he invited me to come over.

Just landed in Olifantwater - the third airplane ever to land on this strip. 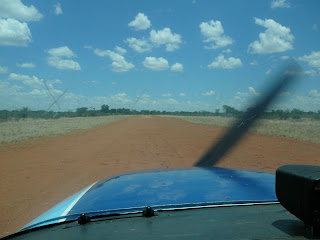 Unfortunately, since I was held up by a day due to the thunderstorms in FYKT (Keetmanshoop) a day before, nobody was here... So, I took a picture and departed to Windhoek. 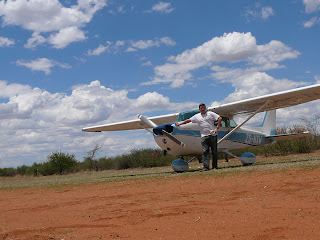 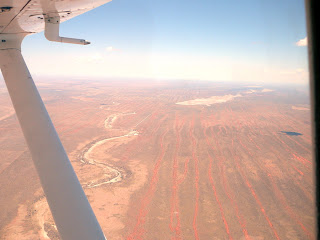 The panel of ZS-NXW. The most modern part definitely the iPod on the left for the pilot's entertainment on long legs.

A localized thunderstorm on the way from Olifantwater to Windhoek: 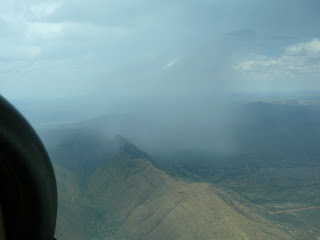 The ridge south of Windhoek, very close to the airport FYWE (Windhoek Eros). Eros serves mostly general aviation (that is, smaller planes); the international airport is some 45km east of town (and not surrounded by mountains). 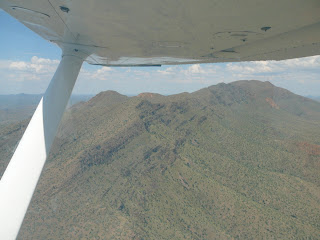 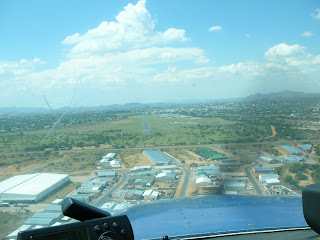