Back to South Africa: FYKT-FAUP-FAKD

I had a very nice tailwind (here's a video, 11MB) on the flight to the South-East, so instead of going direct to FAUP, I diverted to the Augrabies waterfalls (just a few miles west). 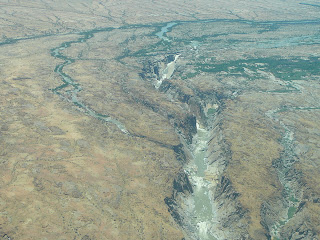 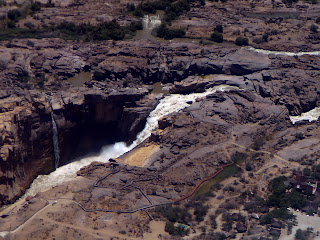 Intersection take off from Upington - it is a very long runway... 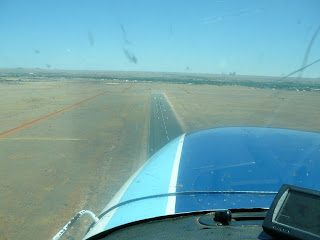 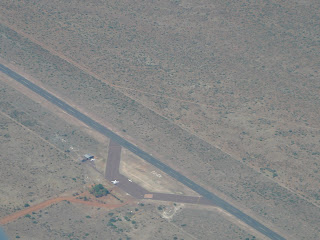 Rainbow - the picture does not do justice to what I saw. 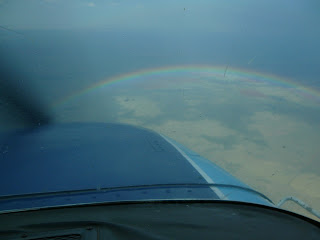 I arrived well in Klerksdorp after 5.3h flight that day (FYKT-FAUP 2.3, FAUP-FAKD 3.0), and Cliff picked me up at the airport. He invited me to his company's christmas party at a beautiful lake - a great sunset, BBQ (steak!), cold beer, and fantastic company - what more can you ask for? 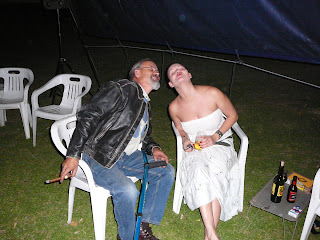 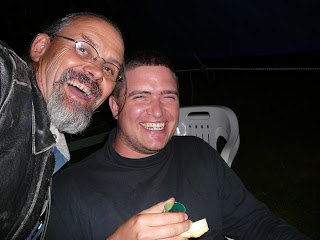